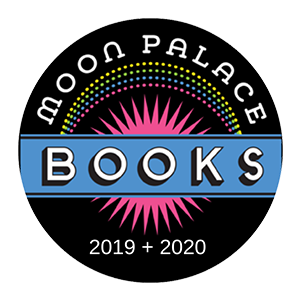 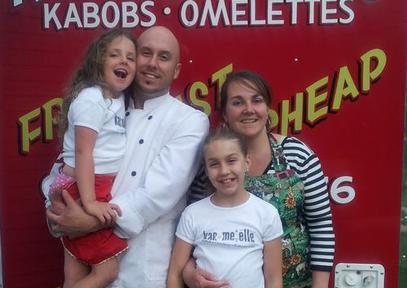 They’ve been called, “The Kings of Breakfast,” They’ve been described as, “Made-to-order omelets and kabobs. Fast, cheap and fresh!” Anyone who’s ever enjoyed a Saturday morning omelet from Kabomelette would simply call them, “outstanding.”

Well before he and his wife, Chelsea, started Kabomelette, Greg Miller was a chef. He sharpened his knives and his skills at some premier restaurants before landing a secure, well-paying corporate chef position. That might sound nice but the job never jived with Greg. Meanwhile, Chelsea spent her days as a social worker and a fundraiser. Both of them wanted a change. They decided happiness could be found elsewhere so Greg hung up his corporate apron and got a less demanding position so the two of them could spend time planning their next endeavor: Kabomelette.

Though it was a risk, the decision paid off and the kabobs and omelets have been made to order and making people happy from the get-go. In fact, at the end of their first day, over seven years ago, after selling 100 omelets, Greg, Chelsea and her parents all agreed, “We’re on to something.” And when you look at the lines that form as people happily wait for their food, it’s obvious they’re still on to something.

Though you might see them all over the metro, Kabomelette has a personal connection to South Minneapolis and the Market. Chelsea grew up in the neighborhood and she, Greg and their kids reside nearby. They’ve been shopping at the market since it began and the Kambomelette staff lives in the area, too. For the Millers, the Market is an extension of their family.

Thankfully, their risk paid off. Their passion is our delicious reward.

Every week, you’ll notice friends and neighbors show up for their Saturday morning omelet and/or Market hash. If you’re one of the regulars who stop by, get your breakfast and enjoy the Market on a full tummy, you know how great it is to have Kabomelette with us every week. If it’s not a part of your routine yet, it should be. Because The Kings of Breakfast are simply, “outstanding.”

Hey, as a related sidenote, if you like what Greg, Chelsea and their crew are doing at the Market, check out the new spot they opened in the neighborhood, at the intersection of 35th St & 23rd Ave S. It’s called Vittles Deli, and it’s what you’d expect from people who care: a solid range of gourmet food, made from scratch. Find them online at vittlesdeli.com.

Do you love your market? Help us thrive!